Professional musicians have had a difficult year.

As the pandemic surged, live music venues of all sizes were forced to close their doors, and musicians who often rely on gigging and touring to make a living were left reeling.

The Metropolitan Policy Program at the Brookings Institution reported that American musicians and singers lost 15 percent in average monthly earnings between April and July 2020 alone. UK Music estimated that, by December 2020, musicians and songwriters in Great Britain would have lost 65 percent of their income. According to Pollstar, the live music industry saw a 78 percent decline in gross revenue last year due to cancelled tours both globally and in North America.

“It’s been tough,” said Philip “Chip” Winnard, owner of Wood Bros. Music in Pittsfield, the oldest instrument retailer in Berkshire County. “I’ve seen some musicians who have lost some steam over not being able to play.”

Other musicians and performing artists found new ways to reach their audiences. Winnard saw an uptick in purchases of interfaces, or hardware that converts music to digital audio, and microphones for podcasting as well as sound system installations and video production.

“People were doing more solo things, like Facebook Live concerts with virtual tip jars and YouTube videos,” he said. “It was a creative time for people, for sure.”

Instrument sales, however, have been more difficult for Winnard to manage. While demand for in-store instruments has slowed only slightly, whatever inventory that does trickle in moves quickly. Overseas factory shutdowns, supply chain issues, and shipping delays have created a “perpetual backlog” in orders, which he expects to be dealing with well into 2022. Guitars, keyboards, and banjos can take six months to a year to stock and interface cables, which would normally arrive within two weeks, now take seven to eight weeks for delivery.

“I get reports from my suppliers who say we won’t get any more instruments until January,” he said. “That’s a huge problem.”

One of Winnard’s local suppliers is Magic Fluke, a Sheffield-based manufacturer of stringed instruments including ukuleles, banjos, violins, mandolins, and short scale bass guitars. As retail stores closed last spring, the company pivoted to selling directly to customers, which proved successful. But the increase in sales depleted their inventory and tripled production lead time to four to six weeks.

“Suddenly people started finding us,” said co-owner Phyllis Webb who, with her husband Dale, founded the business in 1999 as a specialty ukulele company. “People were feeling alone and there was a sense of, ‘What can we learn and do together?’ There’s no question that music is therapeutic.”

Although she was quick to point out that the ukulele is a professional studio instrument, Webb acknowledged an increase in purchases by amateur musicians. “[COVID] made people who haven’t played before think, ‘Maybe now’s the time.’ It’s so accessible, so easy to take with you, and so easy to play.”

Like Webb, Nick Lenski sold all the instruments he had in stock when the pandemic hit, which was an unexpected but pleasant surprise. Unlike Webb, whose company produces close to 3,000 instruments a year, Lenski is a small-scale luthier who makes about 20 guitars, mandolins, and ukuleles annually, handcrafting one alongside his students every few weeks at his North Adams luthier school, Berkshire Stringed Instruments.

While he is unsure of the cause of his COVID sales surge—binge-buying, extra income, overdue upgrading—he can point to more time at home as what motivated the large influx of students who took a guitar-making class last year.

“Student-wise, a lot of people had the sense of, ‘You only live once,’” said Lenski. “This guitar class is like a dream come true to some people. People’s priorities have shifted.”

Instrument repair businesses also saw an increase in demand, which was driven at the start of the pandemic by hobbyists and those with older or neglected instruments.

“We found a lot of people who have a guitar but haven’t had time to play have the time now,” said Jack Waldheim, a musician and repair technician who opened his own shop, JWHandcrafted Guitar Repair, at The Stationery Factory in Dalton last summer. “Or they have a guitar that has been in the closet for a while and want to play it, and spent a little bit of stimulus money to get it fixed up.”

Wood Bros. Music, which has an extensive repair department, worked on instruments people had “lying around the house,” said Winnard, and Magic Fluke has been ramping up its own repair services over the past few months. “We have a harp, guitars, and violins here [for servicing],” said Webb. “It’s another COVID phenomenon.”

Waldheim is now welcoming back professional musicians who need instruments serviced, but said the change in the mix of customers is “palpable.”

With new instruments purchased and older instruments repaired, musical enthusiasts are seeking out others to learn from and play with. Virtual lessons proved to be a safe and effective way for musicians to reach students during lockdown, but many still crave the intimacy of in-person lessons.

“The pandemic has definitely appeared to cause a demand for instrumental lessons,” Erika Ludwig commented via email. “It’s the first time I’ve ever had a waiting list while not advertising my studio.”

Ludwig, a music educator and founder of Berkshire Strings in North Egremont, teaches private violin and viola lessons as well as group fiddle classes for women known as the Fiddling Femmes. Given her home studio’s limited capacity, she has not been accepting new students but wrote, “that will change for the academic year as our local schools have experienced a rise in enrollment as urban families have moved here and the need for violin instruction has increased.”

Jonathan “Jonny G” Grusauskas, a touring musician and co-founder of The Music Cellar in Millerton, New York, has also been inundated with lesson requests which were initially difficult to accommodate. He brought additional instructors on board, and now has a rotating pool of five to six musicians teaching most instruments, particularly guitar, keyboard, and drums.

“We have a few more hobbyist [students] now, but mostly our new customers are people who have moved to the area,” he said. “Our population tripled, which was completely because of COVID.”

The Music Cellar also hosts jam sessions, including group toddler jams every Wednesday morning and drum circles on Sundays, which cater to a new clientele of “mostly parents and their kids wanting to play together.”

“Community is more important than ever,” said Grusauskas. “People are eager to get out and connect with their neighbors. We’re grateful to facilitate that for people.”

US stocks trading lower before opening bell on Monday 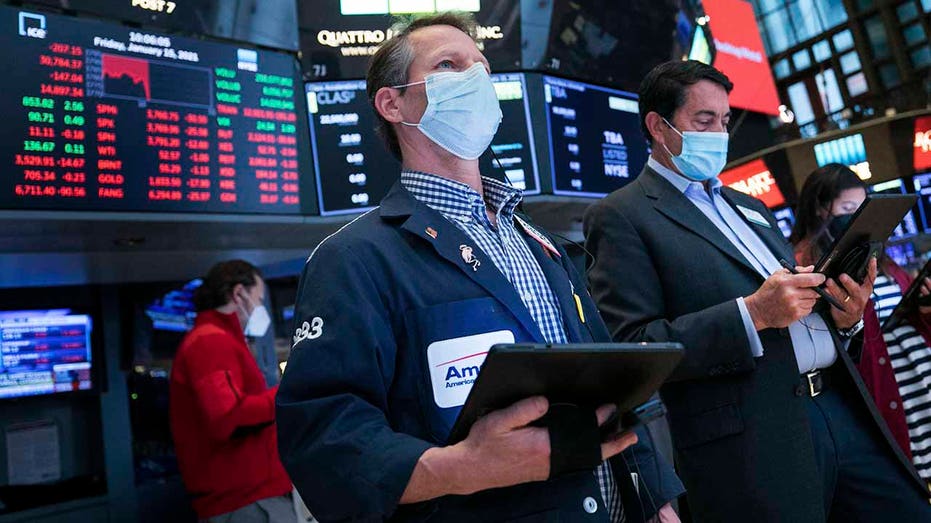