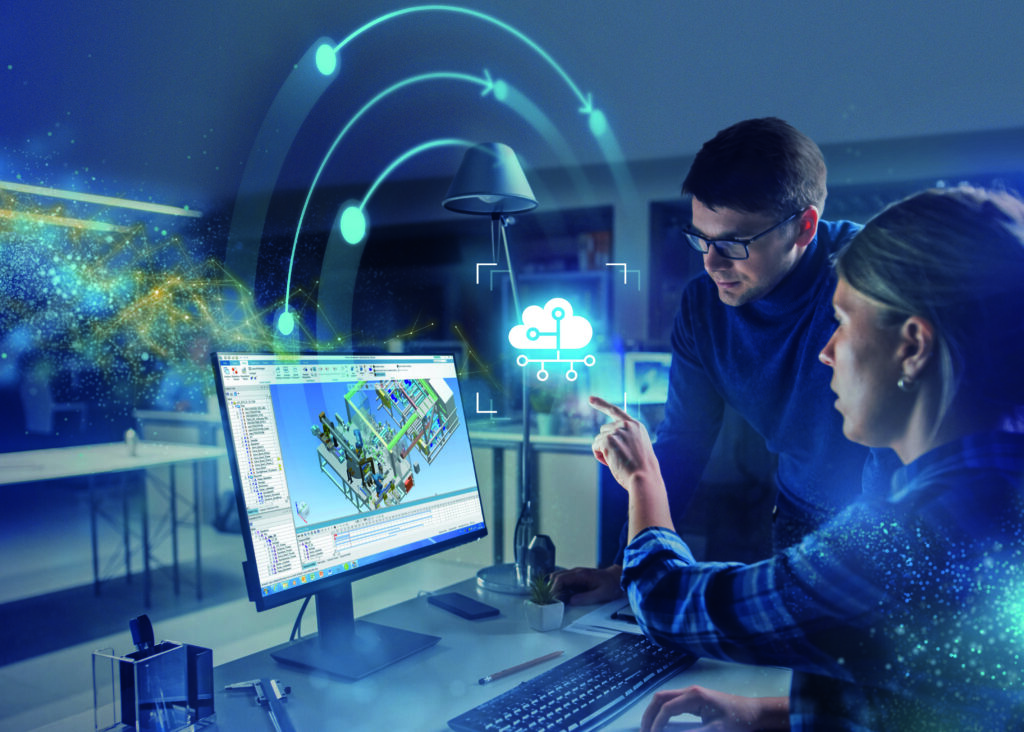 Digitalization Will Be Key to Building a More Vibrant U.S. Manufacturing Sector

Cars selling above sticker price, bidding wars on houses, and restaurants offering 401(k)s to waitstaff—these are just a few of the surprises of 2021.

The U.S. economy has rebounded from the devastation of 2020 faster than anyone expected. While other developed countries struggle to shake off the pandemic-induced slump, U.S. consumers are getting vaccinated and spending freely from the nearly $3 trillion in excess savings they accumulated in 2020.

Businesses are also investing. In contrast to the 2009 recession, when businesses sat on their cash, this time we’re seeing business investment rise by double digits and orders for capital goods hit highs not seen since the 1990s.

Manufacturing is all in. Nearly 40% of manufacturers have increased CapEx in Q2 of 2021, and more than half have kept it steady, according to the National Association of Manufacturers. This is good news. Like other segments of U.S. infrastructure, manufacturing is overdue for modernization.

Smart companies are building out U.S. production. Big names like Tesla, Amazon, and Henkel are investing in greenfield plants, expansions, and digitalization. When I speak with customers in the midst of such investments, I am impressed by their commitment to innovating both what they make and how they produce it.

Manufacturing Is Strategic to the Enterprise

Is the next step reshoring production from Asia to North America? The debate has raged for years.

Some point to the fact that U.S. consumers say they won’t pay a penny more for goods produced in the U.S., even if doing so means having secure supply chains and a more sustainable production process. But it remains to be seen whether current shortages and delays could change that thinking. Others argue it is just too hard to undo decades of off-shoring—reshoring to North America will remain an exception to the rule.

There’s little doubt that widespread reshoring would take time, but mindsets are changing. Manufacturers of all sizes are taking a hard look at location—both where they produce and where their suppliers are located. Thirty-three percent of respondents to a 2020 Gartner survey of global supply chain leaders said they had moved sourcing and manufacturing activities out of China or plan to within the next three years. Companies now understand it’s irresponsible to have just one point of production far away from their consumer base.

The pandemic, trade disputes, and rising labor costs in China and other parts of Asia, when coupled with the prowess of the U.S. consumer, are making manufacturers rethink both where they produce their goods and how. Increasingly, companies are coming back to one essential truth: Manufacturing and logistics are strategic to their business.

The idea of harvesting profits through low-cost, offshore production has had a devastating effect on the U.S. industrial base. It appears increasingly shortsighted compared to the value of market-specific, customized, flexible production powered by skilled workers and technology working in harmony across the globe.

Digitalization Is Rocket Fuel for Manufacturing

Digitalization is the key to modernization. That’s why 85% of companies accelerated their digital transformation programs last year. When faced with the disruption of COVID-19, manufacturers, large and small, realized their existing systems lacked the flexibility, speed, and transparency to adapt. In that light, it’s no surprise that companies stepped on the gas last year, speeding up their digital transformation programs by months and years.

Like so many breakthrough technologies, digitalization makes it possible to do things in entirely new ways. Shortages of computer chips, lumber, plastics, paper, and other commodities couldn’t come at a worse time, as sales are booming for new homes, cars, appliances, and other durable goods that use these commodities.

Manufacturers cite a lack of transparency and siloed data as a contributor to this supply-chain challenge. By adopting the right digital tools, such as cloud computing, product lifecycle management systems, and artificial intelligence, manufacturers can gain critical insights allowing them to identify and even predict the next supply chain bottleneck.

When building a new factory, even before breaking ground, the most advanced companies create a “digital twin” to virtually configure the plant floor and model how workers will interact with machines. Workers train on that same digital model in a virtual setting so they’re fully proficient from day one. A factory can be commissioned virtually, saving time and money.

Manufacturers need to embrace and accelerate their adoption of digitalization. Together with their suppliers, manufacturers must meet in an open digital ecosystem to ensure their automation, software, and products all work together, allowing everyone to prosper. Over the last year, the pharmaceutical industry has seen firsthand the power of digitalization. Siemens digitalization technologies have helped the pharma industry accelerate the production of the COVID-19 and other life-saving vaccines.

The Manufacturing Multiplier for Growth and Jobs

The skills creation argument is also compelling. Finding the right talent is the number one worry of manufacturing CEOs and an impediment to our economic recovery. The best way to attract talent to industry—diverse talent—is to offer high-tech, well-compensated jobs. Modernize your factory, and you will become a talent magnet.

I’m bullish on manufacturing in the U.S. because I can see what smart companies have accomplished in a short time, fueled by an appetite for innovation. As we look ahead, the need to modernize our factories, shorten our supply chains, and develop a new generation of talent are paramount to rebuilding U.S. industrial prowess. And digitalization will be the key to driving this rapid progress.

To learn how the digitalization of manufacturing can increase design speed and productivity and improve supply chain management, visit Siemens Digital Enterprise.