Kaitlin Vanderpool was at a low point when she entered the Hamilton County Jail. She’d been convicted of her third drunken driving offense and was sentenced in May to three months in jail and two years probation.

“It was my first incarceration, I was lost, directionless,” Vanderpool, 36, said. “I knew I had to do something different with my life so this never happens again.”

She spotted a paper flyer at the jail, something about entrepreneurial program for female inmates run by Butler University staff and interns. She signed up for the inaugural class.

Now, Vanderpool is out of jail and running her own fledgling business, called Kiki’s Collections, making scarves and clothing accessories for babies and pets.

“It saved my life,” said Vanderpool, who has been sober eight months. “I now wake up each day knowing I have something to get done.”

Vanderpool was the first graduate of the Launch HOPE Foundation program at the jail, administered by Butler professor Kristi Mitchell and a group of students at the Lacy School of Business. The program began a couple years ago at Phalen Leadership Academy in Indianapolis.

The inmates, in classes of about eight, start from scratch with business ideas, as Mitchell talks them through their formation for two hours, twice a week, for three months.

The women are given guidance on what might work and what won’t, what parts of a plan can be altered and what should be simply discarded. They are encouraged to choose businesses that tap into their experiences skills,  like  drawing, sewing, cooking, sports, pottery.

“Most important, we tell them to pick something that they are passionate about,” Mitchell said.

Along the way Mitchell urges the class to be flexible about their ideas, drills into them that business plans are fluid and likely will need to change with circumstances — and that sometimes what they finish with may be a lot different than from where they started.

“Don’t have a fixed mindset, look at things differently, don’t be self-destructive,” Mitchell said, “We spend quite a lot of time on that.”

When the jail students’ products are honed, the Butler students jump in. At a campus “accelerator lab,” they get to work on fine tuning the business in preparation for the launch. After the women are released from jail, they join the interns at the lab,

But sometimes the timing of the launch can be tricky.

Some inmates are serving sentences after conviction and know when they’ll get out. But others are awaiting sentencing.  A few times, women who were far along in their class were given lengthy sentences and transferred to prison.

“There is a certain amount of uncertainty there,” Mitchell said, adding that the transfers can always rejoin the program when released,

Vanderpool knew when she’d be released — in August. Soon after, she joined the accelerator, going to Butler once a week and working from home the rest of the time.

It helped her climb out of a decade long rut.

Vanderpool said she had been abusing alcohol since her early 20s, a result of depression over an abusive relationship and unsatisfactory career.

She had worked for a few years as a newspaper reporter in LaPorte and later at veterinary clinics. She described herself as “in the throes of addiction” and drinking heavily everyday. The alcohol and depression created a “vortex” for which she said it was difficult to escape.

She got her first DUI in 2011 in Tippecanoe County. By the time she was arrested in Hamilton County she knew she would be serving time.

She had to change — but keeping her self-esteem was a challenge, Vanderpool said.

“It is hard when you are an addict and incarcerated to have hope,” she said. When she inquired with the guards about Launch HOPE program, she jumped at it, “I was desperate to get involved in anything,” Vanderpool said.

Deputy Kelly Gunn had run a successful men’s reentry program for about four years and, because of that, was asked to serve on the board of Launch HOPE.

The jail’s reentry programs serve 60 men a month, with a waiting list. They attend group therapy, consult with a recovery coach, get treatment referrals for when they are released. About 20 local companies work with the jail to give the former inmates jobs and hook them up with non-profits that provide clothing, food and financial literacy classes.

On the women’s side there are Alcoholics Anonymous meetings, relapse prevention and bible study but “nothing like this,” Gunn said.

In Launch HOPE, Gunn saw something different. She brought the idea to Sheriff Dennis Quakenbush and Jail Cmdr. Josh Carey, who quickly agreed to implement it. Leadership had been looking for new programming since a change in state law sent prisoners serving longer terms to county jails.

Previously, jails housed inmates who had been convicted of misdemeanors and sentenced to less than a year in jail. Anything beyond that would be served in state prison. But in 2015, the Indiana legislature passed a law that allowed people sentenced low level felonies of up to 2 1/2 years to serve their time in county jails.

Officials decided the jail should have a wider choice of programs, just as prisons do.

Gunn said the Launch HOPE program has a more immediate pay-off than traditional jail programs. And it’s tailored-made for people with criminal records who might have a difficult time getting hired.

“With it being hard for them to find a job, starting your own business lets you circumvent that hurdle and you are you own boss,” she said.

Women in the current class are working on ideas for wholesale bakery, gourmet popcorn, a candy company, jewelry sales and digital photography business.

In her first week in class, Vanderpool was encouraged to narrow her business idea to something she was familiar with and enjoyed.

“I had a whole lot of ideas but I had no business experience, I went to college for communications,” she said. “I like to bake and was thinking dog treats. My father and sister do woodworking and I was thinking about that, too.”

Vanderpool’s mother was a seamstress and Vanderpool was adept at sewing so she started there. She has two dogs and loves animals, has 16 neices and nepjews and loves them, too, so she thought about how to combine them.

When Vanderpool settled on sewing and animals and children she was told to think small because the idea could always grow over time.

“I let them come to the conclusion by themselves about what will work through their own research,” said Mitchell.

Vanderpool tinkered with her idea, focused it, changed it a few times, sought feedback from Mitchell and input from the students back at Butler.

By the time she was released in August, Vanderpool knew what she wanted. It was up to 20-year-old Butler student Ella Kappler to head up the launch.

Kappler supervises the interns in the accelerator at Butler. She got involved with Launch HOPE at its beginning when she was a freshman.

Vanderpool meets them once a week at the accelerator. She incorporated, got insurance, a business license.

Kappler said she is learning about the real business world right alongside Vanderpool, a couple of novices.

“It’s one thing to be on the academic side and another to be right in it,” said Kappler, of Cleveland, Ohio. “We’re college students, we know Instagram. But using Instagram for business is a lot different than using it for personal.”

But there was one obvious, immediate hurdle staring them in the face:  they needed cash.

A launch … and bigger dreams

The interns started a fundraising drive, mostly online, so Vanderpool could buy equipment and supplies. They raked in more than $3,000, as well as fabric and thread donations which are still coming in.

Kiki Collections was launched 62 days after Vanderpool was released from jail. Her creations are being sold on Etsy, an e-commerce company focused on handmade or vintage items and craft supplies. Vanderpool is selling baby bibs, burp clothes, blankets, and headbands along with bandanas, bowties and accessories for dogs.

Vanderpool works from a dining room table out of her parent’s Noblesville home, where she sews and packages Kiki’s Collection orders and attends AA meetings three times a week.

The interns monitor sales and get customer feedback and have a front row seat to a business built from the ground up. It’s especially rewarding, Kappler said, because of who it benefits.

“I had no idea where this was going to go when I was a freshman,” she said. “But it feels like we are really serving an underserved population. A lot of these women have never been given an opportunity or had anyone believe in them. And that has inspired all of us.”

Vanderpool, in turn, gives Mitchell, Kappler and the others credit for showing her that life can be lived with a purpose.

“It’s a good feeling waking up each day knowing that I have things on my schedule and that I am accountable to the interns and others,” she said.

The launch has been smooth enough that Kiki’s Collection is expanding the product line. Vanderpool has started doing personalized, embroidered clothing for dogs and might begin making names plates with coat hooks for the items.

“My hope is it will be much more,” Vanderpool said. “I don’t want this to be a side gig.” 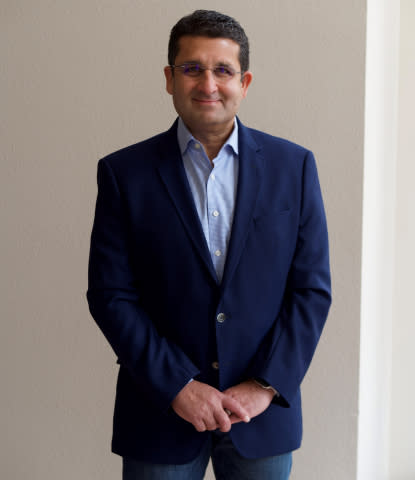