Are you looking for an additional income stream in retirement? Do you want to leave behind something for charity and cut your tax bill now and when you pass away? If the answer is yes, a charitable remainder trust might be right for you.

A CRT is an irrevocable “split-interest” trust that provides income to you and any designated beneficiaries for a specified number of years (up to 20) or for the rest of your life or a beneficiary’s, with the remaining assets donated to charity.

Between 5% and 50% of the trust’s assets must be distributed at least annually, but 10% or more of the CRT’s initial value must eventually go to charity.

There are two types of CRTs. With a charitable remainder annuity trust, or CRAT, a set amount is distributed to you or beneficiaries that aren’t charities each year. Once you set up a CRAT, you can’t contribute more to it later.

With a charitable remainder unitrust, or CRUT, distributions are based on a fixed percentage of the trust’s value, which is redetermined annually. You can also put more into a CRUT after it’s created. Both types of CRTs have tax advantages.

According to Jim Ferraro, vice president and trust counsel of Argent Trust Co., CRTs are first and foremost a “tool for reducing the estate tax for people who are charitably inclined.” That’s because assets contributed to these trusts are generally not included in your estate when you die. If they’re not part of your estate, they won’t be subject to the federal estate tax. 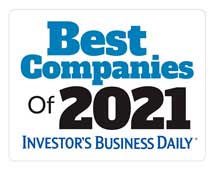