After the business combination was approved by VPCC’s stockholders earlier this week, VPCC changed its name to “Dave Inc,” and now trades under the symbol, DAVE.

“We are thrilled to partner with VPCC and our new board of directors as we continue our mission to build products that level the financial playing field,” Dave co-founder and CEO Jason Wilk said in a statement announcing the news. “This new influx of capital will allow us to invest in our business and in turn, help more people living paycheck to paycheck who traditional banking system has failed to support. We’re looking forward to hitting the ground running.”

The deal included a private investment in public equity of $210 million led by Tiger Global Management with participation from Wellington Management, Corbin Capital Partners, and Alameda Research, Dave said in a press release.

Ahead of its debut, Dave held an estimated value of around $4 billion. It opened at $8.27 per share on Thursday, placing its value at around $3 billion.

Dave was founded in 2017, and provides a financial platform offering a cheaper alternative to traditional banks that charges a fee of $1 per month to its 10 million customers. It provides checking account access with up to $100 in overdraft protection, and helps users build their credit, budget, and even find side gigs.

“We believe the legacy financial system has failed to deliver and today, more than 150 million people need our help to build financial stability,” Wilk said in a statement announcing the firm’s public offering plans in June.

“Dave is upending the banking industry with our suite of breakthrough financial products and making a meaningful impact on our customers’ lives,” he continued. “This transaction and continued support from our longstanding investors signify confidence in our strategy, vision and the significant growth opportunities ahead.”

Eight business ventures in Africa worth considering in 2022

Mon Jan 10 , 2022
Abai Schulze, founder of ZAAF Collection, who has found an international market for Ethiopian-made leather products. For many, the start of the year is a time to consider new opportunities. How we made it in Africa has compiled a list of eight potential business ideas in Africa to pursue in […] 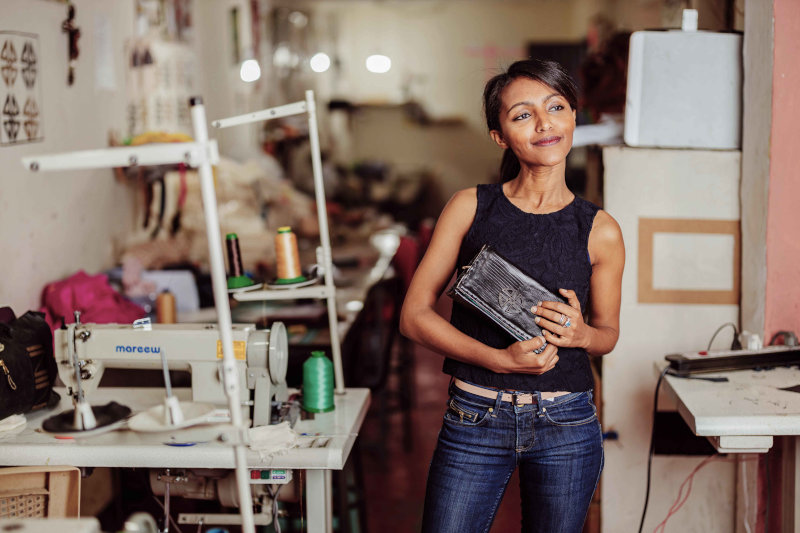