United Wholesale Mortgage CEO Mat Ishbia said Monday that the Pontiac-based company plans to start accepting cryptocurrency for payments before year’s end, making it the first major nationwide mortgage lender to do so.

‘We’re excited that hopefully (this year) we can actually execute on that before anyone in the country,” Ishbia said late Monday afternoon in an earnings call with Wall Street analysts.

He later told the Free Press that UWM could begin accepting one or more digital currencies later this quarter or in the fourth quarter.

“I think we’re starting with Bitcoin, but we’re looking at Ethereum and others,” Ishbia said in an interview. “We’re going to walk before we run, but at the same time, we are definitely a leader in technology and innovation and we are always trying to be the best and the leader in everything we do.”

He added, “That’s the plan. Obliviously there’s no guarantees — we’re still working through some details. But absolutely.”

Ishbia announced UWM’s crypto ambitions in the middle of the company’s earnings call about its second quarter financial results, when it saw a record volume of mortgage business but had lower profits because of shrinking margins that are impacting all of the mortgage industry.

Yet UWM closed a total $59.2 billion in mortgages during the second quarter — a company record — up from $49.1 billion the previous quarter.

Despite that jump in volume, the company’s profits were lower as its “total gain margin” fell to 0.81% from 2.19% in the previous quarter.

Ishbia said the mortgage industry in general faced tighter margins because interest rates on mortgages edged up slightly during the quarter, even though they are still very low by historical standards.

“The real surprising stuff is that rates went up from 2.8% to 2.99%, and all of our competitors — the guys in Detroit, the guys in Ann Arbor, the guys out in California, Loan Depot — everyone did less business by 10% or 20%, and we grew.”

Many mortgage companies saw big profits in 2020 and earlier this year because of the nationwide housing and mortgage refinancing booms that began in spring of last year. But refinancing activity is forecast to fade.

Ishbia contends that UWM’s business model, which is underwriting loans made to mortgage brokers, isn’t as reliant on mortgage refinancings as some competitors such as Detroit-based Rocket Companies and can still be strong when the market is oriented toward home purchases.

The company employs more than 9,000 people at its Pontiac headquarters.

Rocket Companies, which is made up of several Dan Gilbert companies, including No. 1-ranked Rocket Mortgage, last week reported $1 billion in net income on $2.7 billion in revenue for the second quarter. Its total volume of closed loans fell to $83.7 billion from $103.5 billion in the first quarter.

Rocket Companies does direct-to-consumer mortgages as well as wholesale lending through brokers.

Another large southeast Michigan lender, Ann Arbor-based Homepoint, experienced a $73 million net loss in the second quarter, which the company attributed to “significant competitive pressure and volatility in the capital markets.”

Thu Aug 19 , 2021
The United States spent more than $8bn over 15 years on efforts to deprive the Taliban of their profits from Afghanistan’s opium and heroin trade, from poppy eradication to air attacks and raids on suspected labs. That strategy failed. As the US wraps up its longest war, Afghanistan remains the […] 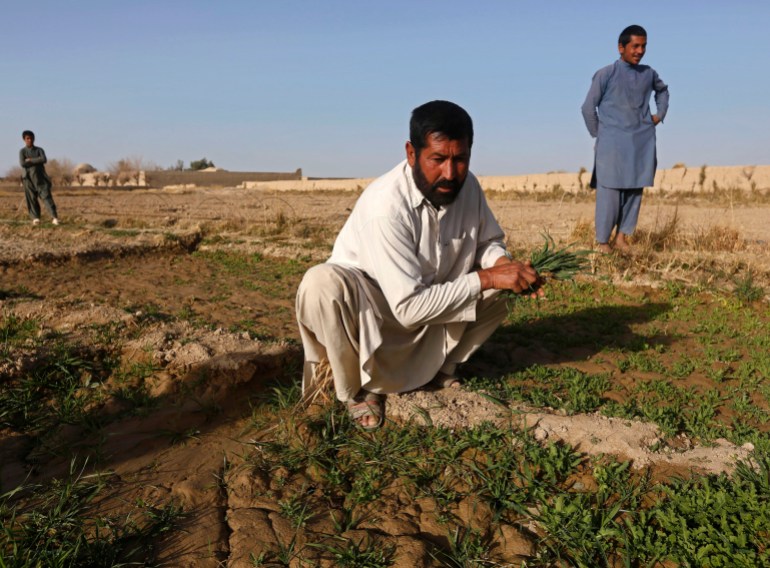